Losail (Qatar), 2 November
2014 – It
is a triumph, a double world championship win that was unimaginable just a few
races ago. On the Losail track in Qatar Sylvain Guintoli completed a comeback
that will go down in Superbike history and with two brilliant and undisputable
wins in the two night races on the desert circuit he overtook Tom Sykes,
earning the World Champion crown for the first time in his career.

Aprilia
doubles the celebration by becoming the Manufacturer World Champion for the
third consecutive year, reaffirming the undisputed technical superiority of the
RSV4, the Italian bike that has rooted the best competition in the world since
its rookie year in World SBK (2009), winning 7 World titles (three Rider and
four Manufacturer). This world championship combination (Rider and
Manufacturer) is the third one for the Aprilia RSV4 after sweeping the
competition in 2010 and 2012 with Max Biaggi. 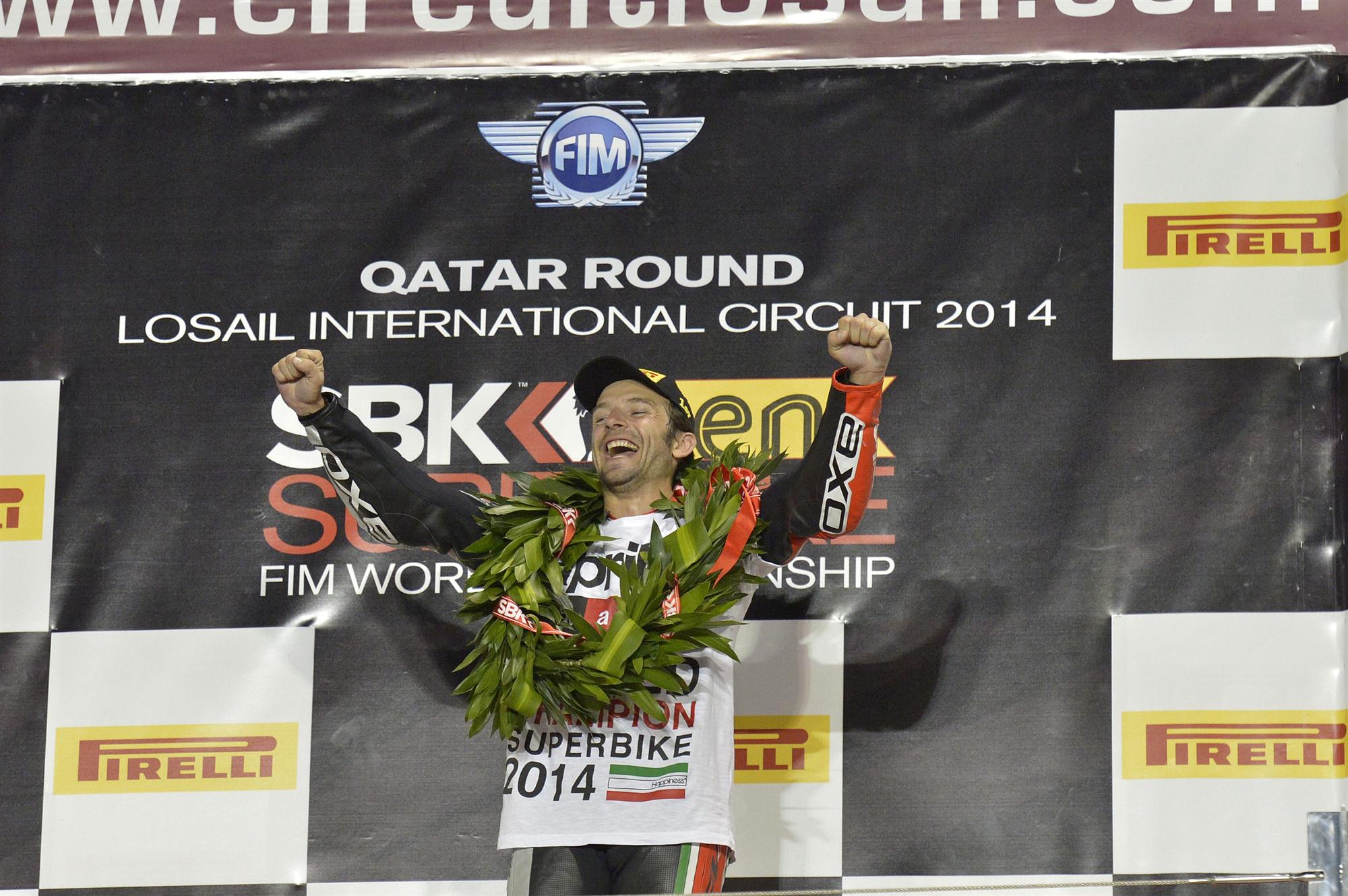 The
manufacturer from Noale now totals 7
World Superbike championships in the last five years and takes its
extraordinary collection to 54 world
championship titles won in just over twenty years.

The
new Aprilia Racing adventure in World Superbike began in 2009 with the
development of the innovative RSV4. With its exclusive 65 degree V engine and a
chassis derived from years of racing experience, the Aprilia Superbike marked a
turning point in the super sport bike world. Already capable of winning in its
rookie year, the RSV4 broke the WSBK bank in 2010, its second season in the
championship, taking both the World titles up for grabs: Manufacturer and Rider
with Max Biaggi. This
was the start of a long series of wins. Biaggi – the first Italian to win the
World Superbike championship – doubled the Rider title in 2012 and the RSV4
once again took the World Championship for manufacturers in 2012, 2013 and
again this year in 2014. 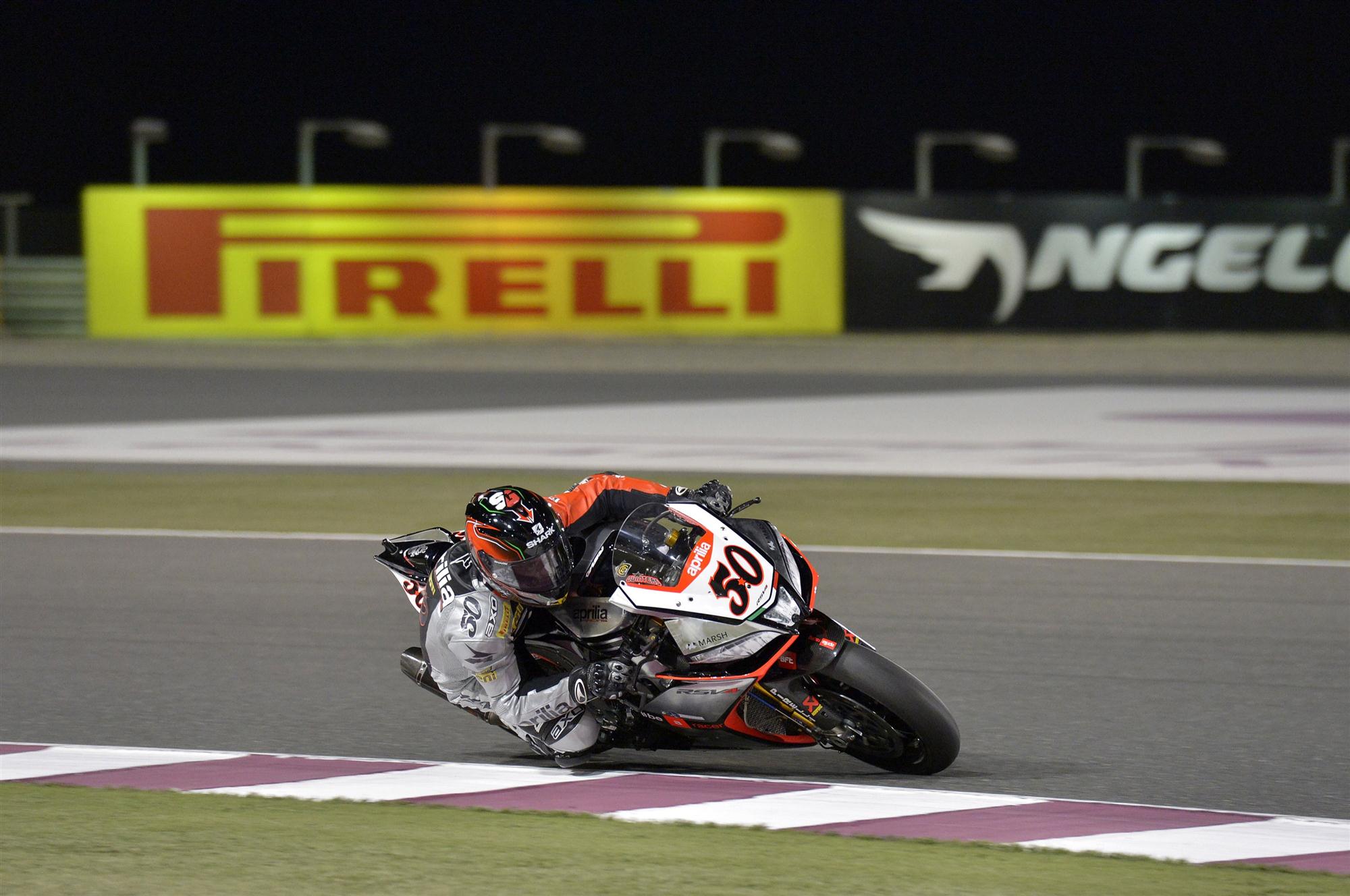 Seven
World Championship Titles (3 Rider and 4 Manufacturer), 41 wins, another 89
podiums and 10 pole positions make up the extraordinary World SBK spoils of a
unique bike, created to dominate both on the track and on the road.

In
all Aprilia boasts 54 World Titles (38 in MotoGP, 7 in Superbike and 9 in
off-road disciplines) which make it one of the most victorious brands ever on a
global level in motorcycle racing. The Piaggio Group´s extraordinary trophy
case, thanks to Aprilia as well as its other historic brands, Moto Guzzi,
Gilera and Derbi, now contains 104 World Titles to make it the most decorated
European motorcycle manufacturing group.